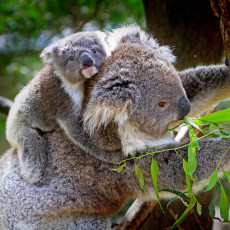 Authorities are urging drivers to keep an eye out for koalas around the Moreton Bay Region in the coming weeks, with males on the march as the breeding season reaches its peak between August and November.

Council has erected banners and electric message boards warning drivers to slow down in known koala movement corridors including: Leis Park in Lawnton, John Davidson Park and Kensington Way in Bray Park, Apex Park in Dayboro, Wrights Reserve in Joyner and at the corner of Eatons Crossing and Bunya Roads in Draper.

Council is also working with Energex and the Department of Transport and Main Roads to install banners on roadside light poles on Gympie Road in Lawnton, Old Gympie Road in Kallangur and South Pine Road in Albany Creek.

Council Spokesperson for Environment Denise Sims said council has installed dozens of fauna rope bridges, underpasses and exclusion fencing at the intersections of roads and wildlife movement corridors across the region since launching a 20-year Green Infrastructure Strategy in 2012.

“Green infrastructure such as this has helped improve habitat connectivity and reduced the likelihood of collisions between vehicles and wildlife, particularly koalas,” she said.

“We know green infrastructure works and on a weekly basis we are seeing evidence of that, with our wildlife cameras capturing these movements taking place.

“But we need drivers to do their bit as well and that means slowing down in these areas at dawn and dusk, and keeping an eye out.

“Which is why we’ve also painted around 30 wildlife and koala zone stencils on roads throughout the region.”

Banners and electric message boards will be on display around the region from now until mid-November, when the koala breeding season comes to a close. 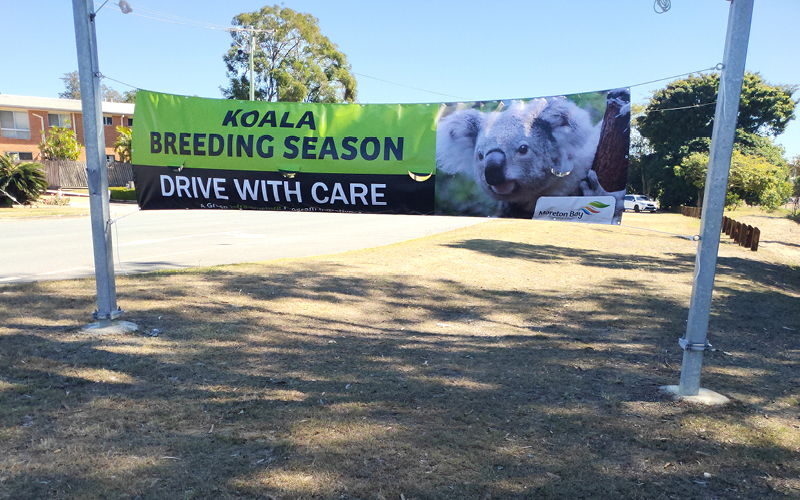