Browse all news by category

Today the University Sunshine Coast (USC) Moreton Bay was officially opened with dignitaries from across the local political landscape in attendance.

The University was officially opened by Federal Education Minister Dan Tehan, and Peter Dutton, Federal Member for Dickson and Minister for Home Affairs.

More than 400 invited guests attended this historic occasion at the entrance to the impressive, three-storey building that has 16,000 square metres of floor space, state-of-the-art technology, and already accommodates more than 1,200 students. 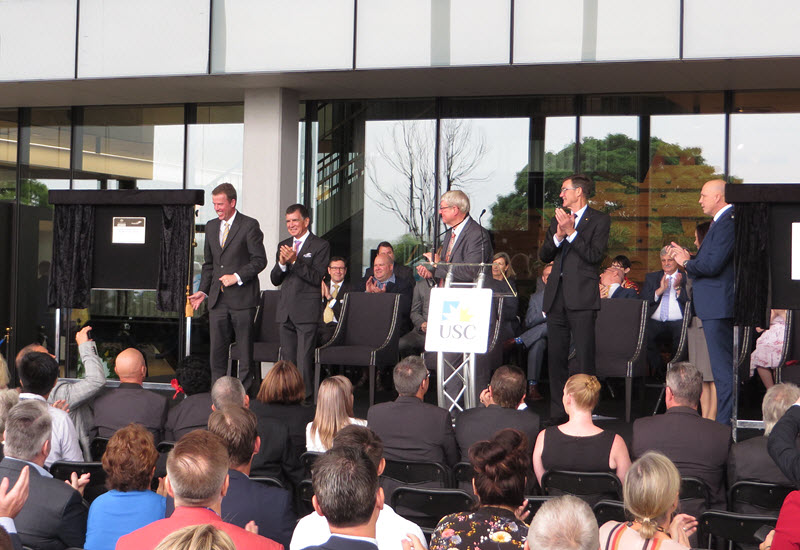 Queensland Premier Annastacia Palaszczuk sent her apologies and was not at the opening as she was attending the Hannah Clarke family funeral. Attorney-General and Minister for Justice Yvette D’Ath, spoke on her behalf. 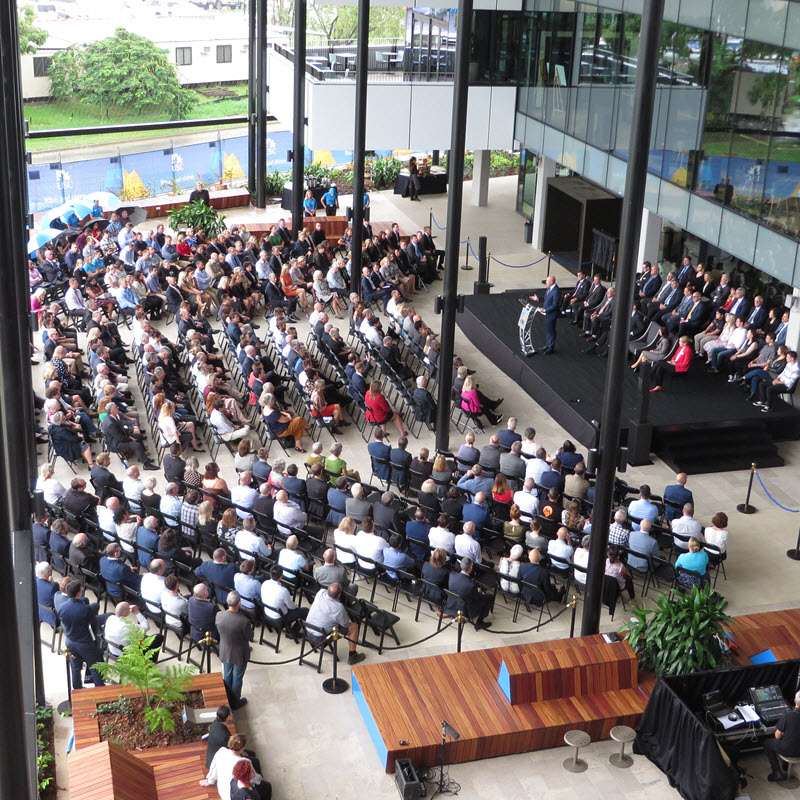 It was designed by Hassell Studio and built by construction firm Hansen Yuncken over 18 months on Moreton Bay Regional Council land at Petrie, and was funded through a Commonwealth Government loan of $121 million.

The building has a huge central atrium that will be suitable for community events, and has been designed to cater for rapid growth of the student population (up to 3,600 students) over the campus’s first three years.
There is a 460-seat lecture theatre, state-of-the-art learning technology, nursing simulation labs, engineering labs, a ‘makerspace’ and library facilities.

More than 1,200 students have enrolled to study at USC Moreton Bay this semester, with the most sought-after degrees so far being Nursing Science, Animal Ecology, Psychology, Biomedical Science and Social Work.

The campus is tipped to grow significantly over the next decade, with an anticipated student population of 10,000 by 2030.
It will become the centrepiece of Moreton Bay Regional Council’s ‘The Mill at Moreton Bay’ development, which was declared a Priority Development Area by the State Government in 2016. This development will include commercial and residential areas, as well as large areas that will be returned to nature.

The building was designed by Hassell Studio and built by construction firm Hansen Yuncken over 18 months on Moreton Bay Regional Council land at Petrie. It was funded through a Commonwealth Government loan of $121 million.

The USC Moreton Bay foundation building has been built on land adjacent the former Petrie Paper Mill site. It is also next to the Petrie Train Station, providing excellent access to public transport for students and staff.